was already dark when Redwin entered The Jolly Seahorse. Lyonel worked the bar as always and Bradford’s singing unsuccessfully tried to drown out the lively conversations of the tavern guests. The young sailor ordered a beer – a few barrels had made it to this establishment for a change – and looked for a relatively quiet corner to enjoy his beverage. Concentrating on the foamy, gently swaying surface, he sat down.

“Hello there, laddie! Let me tell you something, will ya?”

An old mariner appeared seemingly out of nowhere and took seat on the opposite side of his table.

“Wha– Sorry, do I know you?”, asked Redwin, bewildered.

“Don’t think we’ve met, name’s Merton. I’ve been travelling the high seas since I was a wee lad, and I have many a tale to tell.”

“I’m sure you do, but I’d rather just enjoy my brew in solitude if you don’t mind, it’s been a long day and–”

“Now hold on there, laddie. This is important. Let me tell you about something which is vital to the wellbeing of our fair cities and coasts.”

Redwin’s eyes darted across the room, to see if anyone could help him out of this unfortunate situation. Not finding any assistance, he resigned himself to his fate. Letting out a heavy sigh he looked into the depths of his beer mug. The white froth was now but a distant memory and its disappearance had revealed the dark liquid below.

“It’s the darndest thing, I tell ya, laddie. You see, there are these pirats.”

“And…?”, did Rewin finally inquire, exclusively out of courtesy, rathern than genuine interest.

“Pirats. Don’t you find that the least bit curious?”

“Not really, since it’s not the first time I’ve heard a sailor’s yarn.”

“No, you don’t understand, laddie. They are pi-rats!”

“Yeah, yeah, pirates, I get it. Disreputable folk roaming the oceans. I’m familiar with the concept.”

“Oh. Yes, of course. Of course they are.” It took all of Redwin’s willpower not to roll his eyes. “Well, it was good talking to you, but I really need to get going, I think I left the oven on and my house is probably burning down right now, so I better take a look at tha–”

“Enough with your idle prattle! I told you, this is important!”

“More important than not burning down Liberty Bay…?”

“These pirats are a threat to us all! They pillage and plunder, they raid our shores, they–”

“Exactly! So, travel to Venore and talk to Eustacio there. He’ll fill you in on the details.”

“Sorry, what? No, I didn’t mean stopped by me. I want to have nothing to do with this.”

The old sailor looked at him for a moment with a blank expression on his face before it burst out of him:

“Curse you! May Sula strike you down, Redwin! ARRR!”

The young seafarer, bemused and befuddled by this sudden onset of rage, sighed inwards.

“Have it your way then; should I ever end up in Venore, I’ll look for this Pistachio guy, trust me, I will, no doubt about it.”, he replied at last, tiredly, before moving out of his seat, leaving his beer mostly untouched.

“I’m glad I could reach you, laddie! I’ll tell Eustacio of your arrival! You need to find the pirats!”, Merton shouted after him.

Redwin wrapped his cloak tightly around himself before braving the rainy, starless night, as he moved through the cobbled streets of Liberty Bay. The only thing he was sure of needing was to avoid The Jolly Seahorse for a while, as it dawned on him that Merton had known his name, despite him not mentioning it once. 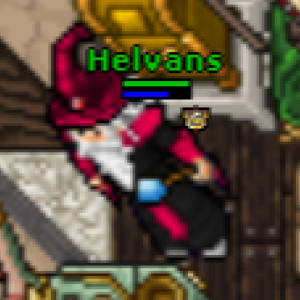